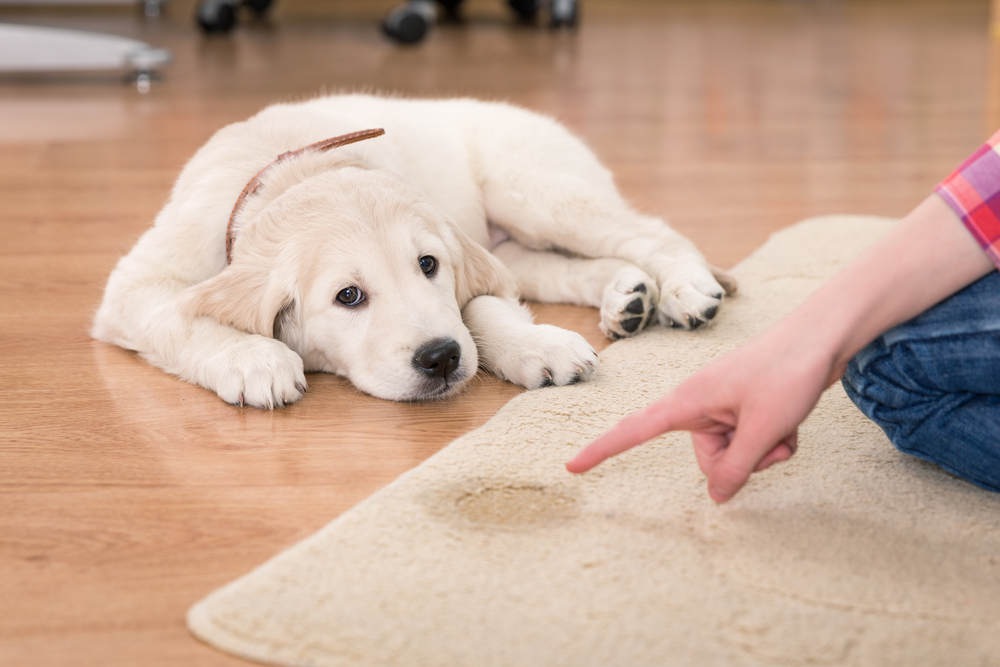 How to House Train Your Puppy in 7 Days

When should I start training my puppy? You can begin training your puppy from the moment you bring them home, but since their attention span is so short at an early age make sure to keep the training sessions brief and give a lot of positive reinforcement. Prepare Ahead of Time Your pup needs consistency […]

When should I start training my puppy?

You can begin training your puppy from the moment you bring them home, but since their attention span is so short at an early age make sure to keep the training sessions brief and give a lot of positive reinforcement.

Prepare Ahead of Time

Your pup needs consistency during the entire week of house training, so you or someone else dedicated to the process should be near him at all times. Plan an area where you will take your puppy to do his business. An outdoor area should be easily accessible to the house, or he’ll get distracted on the way to his potty spot.

If you live in an apartment and want your dog to use training pads, select an area such as tile where any of his misses won’t ruin the flooring.

Invest in cleaning products that will remove the odor should he have an accident so he does not return to the same spot. Set aside one room of the house or a training crate where he’ll stay contained between outings.

Set an alarm to go off every hour for the first day while your pup is awake. Take him to his potty spot, point and tell him to go potty. Use the same command and gesture each time, so he’ll know what you expect of him. Praise him when he produces results or give him a treat.

Time your outings so you take him out 5 to 30 minutes after eating or drinking a significant amount of water. Be sure to take him out last thing before bedtime.

Your puppy will whine or move around restlessly when he needs to go out during the night. But do not take your puppy out in the middle of the night, that is a habit you do not want to encourage. Take him out in the morning as soon as he is awake to avoid accidents.

By the end of 24 hours, you’ll have a good idea how long your pup can wait between trips to his potty spot. The rest of the week entails being consistent, so the routine is well-ingrained by the end of seven days.

When your pup is with you watch for signals that he needs to go, such as whining, sniffing, or pacing. Some pups give very little cue that they need to relieve themselves, other than leaving the room or going over to a corner.

Keeping the pup in a contained area such as a crate or small room usually elicits whining or a sharp bark once the pup knows you’ll respond by taking him outside to his spot.

At about six months of age, he’ll have enough control of his bodily functions to gradually get used to longer periods. The younger the puppy, the more frequently he’ll need to relieve himself.

Should he have an accident between outings, don’t yell at him, put his nose in it or swat him with a newspaper. Creating a negative association can confuse him and cause him to hide his bodily waste around the house.

If he begins to squat while you’re watching him, say “no” to make him stop and rush him outside to his spot. Clean up his accident using an enzymatic cleaner to help reduce odors. Reinforce good behavior with plenty of praise and treats, but be careful not to blame the puppy harshly for accidents.

Once the puppy has had an accident and moved on, he will not understand what he is being punished for and that is no way to train. You just have to clean up the mess and move on, this part will be over soon!

At Petland Florida, it is our utmost responsibility to both puppy and new owner that you go home prepared! We go over housebreaking and are always available to help if there is an issue or question about training. We want to make sure everyone has a great experience with their new fur-baby!

Here are some essential commands you can teach your puppy as you continue to house train them. 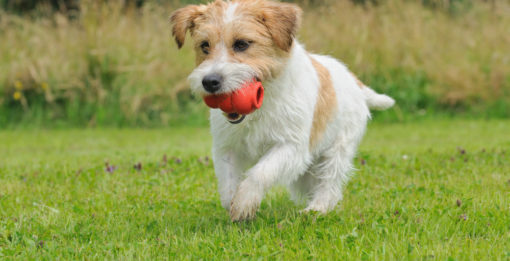 5 Puzzle and Brain Games to Make Your Puppy Smarter

Are you looking for a fun game that’ll mentally stimulate your puppy or make them smarter? If so, look no further than puzzle and brain games! Puzzle and brain training games are activities that are designed to exercise your puppy’s brain so that they can solve problems faster. Like physical games, brain games help alleviate […] 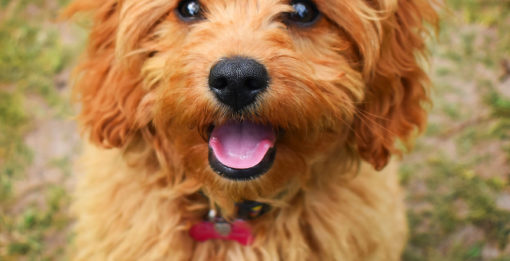 The Cavapoo is an adorable, fluffy dog that’s a mix of the Cavalier King Charles Spaniel and Poodle breeds. Apart from their cute appearance, Cavapoo puppies inherit the best traits from each of their parents, especially when it comes to their temperament. For example, Cavapoos have outgoing, playful, and friendly personalities, making them the perfect […] 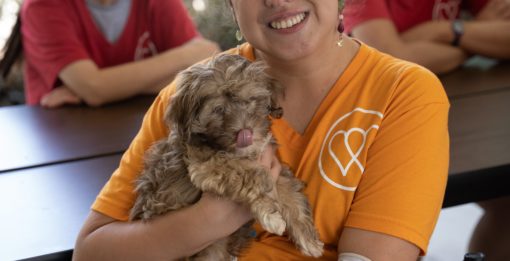 On August 19, 2022, our staff and puppies met with our wonderful friends at the WOW Center for another round of puppy therapy. Our puppies enjoyed spending time with their friends—old and new—while at the center. As with every puppy therapy session, we allowed our puppies to play, kiss, and cuddle with everyone at the […]