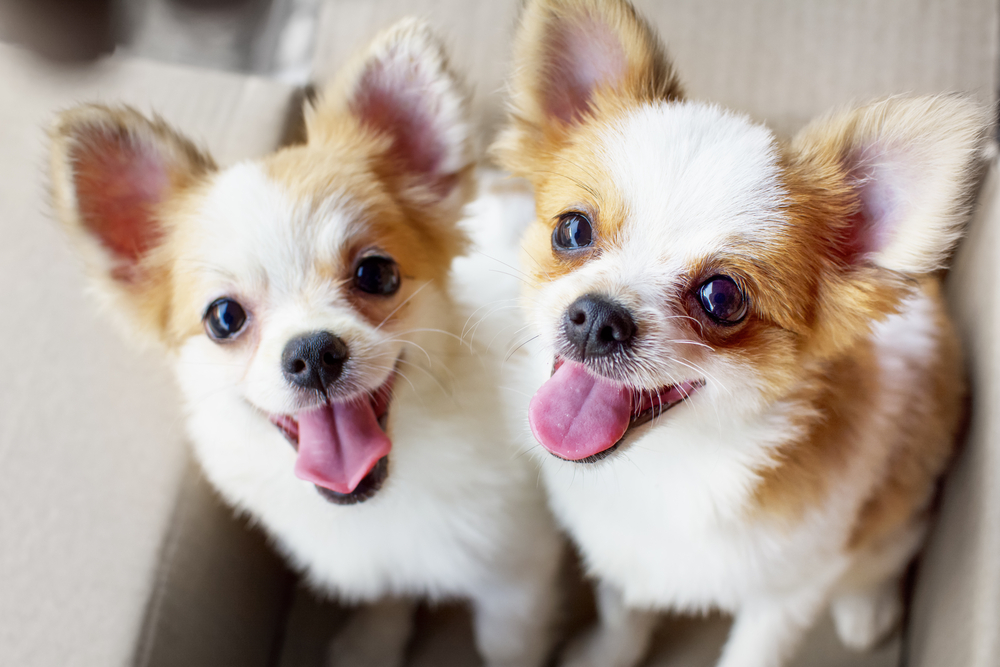 10 Things You Should Know about the Chihuahua

Sassy yet charming, Chihuahuas are tiny little dogs packed with tons of personality. They’re considered to be one of the most popular Mexican dog breeds—and there are many reasons for it! With that perky little walk and graceful aura, Chihuahuas are emotive and regal, seeking to always be at the center of your attention. Once […]

Sassy yet charming, Chihuahuas are tiny little dogs packed with tons of personality. They’re considered to be one of the most popular Mexican dog breeds—and there are many reasons for it! With that perky little walk and graceful aura, Chihuahuas are emotive and regal, seeking to always be at the center of your attention. Once they gaze at you with those beautiful, twinkling eyes, it’s all over for you!

If you own a Chihuahua or are interested in the breed, you may be surprised to find out how much there is to know about these little cuties. We mean it—these pooches may be little but there are many interesting things about them. Let’s take a look at 10 things you should know about the Chihuahua.

1. Their name comes from a state in Mexico.

The Chihuahua breed gets their name from Mexico’s largest state, Chihuahua, where they were first spotted in the 1800s. Despite this, however, their origins still remain shrouded in mystery.

These little dogs didn’t have an official name back then so most individuals would name them after places they’d been seen in. Eventually, this breed became universally known as the Chihuahua.

2. They’re likely descendants of the Techichi.

Chihuahuas are thought to be descended from an ancient dog breed called the Techichi. These wild dogs were captured and domesticated during the Toltec civilization in Mexico.

Toltecs kept these dogs as pets or used them for their ceremonial practices as far back as the 9th century AD. The Techichi was far larger and quieter than the average Chihuahua but still shared the same physical characteristics.

There’s no doubt that Chihuahuas are cute and cuddly…but don’t let that sweet face fool you. Chihuahuas make up for their small size with a fierce and bold personality that sometimes borders on aggressive. This helps them stand out as alert and brave dogs—nothing ever seems to scare them!

They tend to show their aggressive side towards strangers and other dog breeds. To prevent this, owners are highly encouraged to train and socialize their Chihuahuas as early as possible.

Chihuahuas are one of the smartest dogs in the world. Their high intelligence is partly due to their sassy personalities; they quickly catch on to anything. This also makes them easy to train as long as positive reinforcement training is used. Chihuahuas are super loyal to their families so they will do anything to please.

Just make sure that your training is effective in getting your Chihuahua to follow your rules. As clever little canines, Chihuahuas know that they’re cute, and may try to get their way however they can. If you aren’t careful, your Chihuahua may end up ruling over you! Be firm and consistent, and your little dog will follow suit.

5. They have a soft spot on their heads.

Never poke a Chihuahua on the head. Why? Chihuahuas are like human babies. They are born with a soft spot on their heads called a molera. While this spot eventually closes in human babies, many Chihuahuas have it their entire lives. If your Chihuahua has a molera, don’t worry too much about it. You will just need to handle your puppy with more care and caution.

When socialized properly, Chihuahuas are delightful dogs that get along well with other dogs and even cats. These pooches, however, are clannish, which means they would rather spend time and socialize with members of their own breed. If you ever want to get your Chihuahua a furry companion, another Chihuahua is the way to go!

7. They have a long lifespan.

You don’t have to worry about losing your furry friend any time soon—Chihuahuas stick around for a long, long time. These fur-babies have one of the longest lifespans among canines, with some living up to 20 years! As long as you feed your Chihuahua a healthy diet, give them exercise, regular vet visits, and love, you will have a longtime furry companion by your side.

8. There are two kinds of Chihuahuas.

Although Chihuahuas look alike, there are some that look a little different from the pack. That’s because there are two types of Chihuahuas: long-coated and short-coated.

Chihuahuas are considered one of the most popular dog breeds in the world. You may remember the famous Taco Bell commercials that aired in the late 90’s, in which an adorable Chihuahua says “I want Taco Bell!”.

Gidget, the Chihuahua who starred in these ads, is credited for helping revive interest in the breed. In the early 2000’s, these furry cuties were often shown off as the favorite pets of celebrities like Paris Hilton, Hilary Duff, and Madonna.

10. They’re the smallest dog breed in the world.

Growing up to 5 to 8 inches tall and weighing 6 pounds, Chihuahuas take the spot for being the tiniest dog breed in existence. They’re also relatively thin, making it easy to be carried in small purses, bags, and dog strollers. But while Chihuahuas are often considered lazy for their small size, they’re actually very energetic and perky.

With the right owners, Chihuahuas can be endearing and friendly lifelong companions. It’s important for fur-parents interested in this breed to learn all about their needs. These little pooches are adorable, but they can be highly demanding. Owners must be willing to handle these dogs so that they can live fulfilling lives while under their care. Once you decide that a Chihuahua is your furry soulmate, we guarantee you will have a fur-ever friend.

If you would like to learn whether your puppy is healthy, check out our 6 Signs Your Puppy is Healthy for our tips! 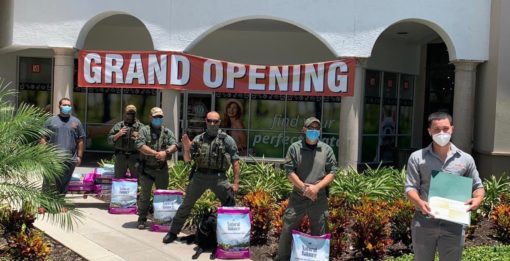 On July 1, 2019, various police departments in our wonderful community received a lovely surprise in the form of delicious, well-balanced dog food for their K-9 units. The donation occurred at our Naples location, where police enforcement came to collect the treats for their hard-working K-9s! K-9 units are essential to our police officers, allowing […] 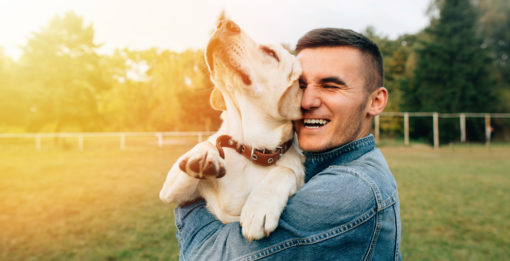 Father’s Day is right around the corner! It’s time to decide what special gift to give to your dad on the day that celebrates all of his quirky jokes and his lovable nature. If you aren’t sure what to give your dad this year, we highly suggest giving him the gift of a furry companion.  […] 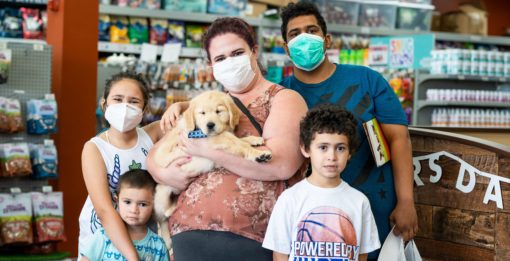 Mother’s Day was celebrated a bit differently this year by numerous families across the nation. During these challenging times, we at Petland always want to ensure that our community still has positivity and happiness. It’s for this reason that on Mother’s Day this year, we gave a wonderful family the gift of a furry companion […]